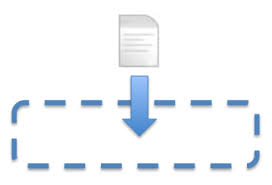 After installing Mac OS 9.1 on my Power Macintosh 7300/200, I transferred several folders of photos over from my day-to-day working Mac to the 7300. Of course, when I attempted to double click one and view it, I got the all too usual complaint that the file could not be opened because the program that had created it could not be found.

The answer to this will be obvious to skilled practitioners of the Mac OS art – the type and creator code for each of the files needs to be set. Per my previous posts on bulk changing of type and creator codes, I turned to my trusty friend in these circumstances, BunchTyper. I was more than just a little surprised when BunchTyper refused to cooperate with me on this occasion. No amount of effort could induce BunchTyper to accept an image file that was dropped onto it. Thinking that there might be a Mac OS 9 compatibility issue, I tried the same with DropAttribute. Same result. Drag would not drop. 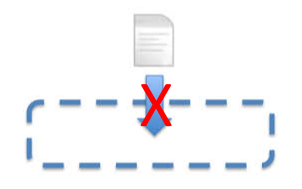 I poked around further, wondering if this was a general bug in Mac OS 9.1, but found to my relief that JPEGView would accept drag and drop files, and do the right thing with them. Well, almost… the image files that I could not drag and drop onto BunchTyper were also not accepted by JPEGView.

Further testing revealed a very uneven landscape. Some programs would accept drag and drop and others (most of them, to be honest) would not. Some, like JPEGView, would accept some files for drag and drop but not other files. What was going on? What do you do when drag won’t drop? An awful lot of programs that were designed to be activated in this way suddenly become useless expanses of disk space instead of valuable additions to the arsenal.

The answer occurred to me today. I tried it out and it worked. Drag and Drop is now once more fully functional. Thank goodness for that. I was afraid that this was some sort of systemic issue with Mac OS 9.1. Like all things, the answer is obvious once you hear it, although this one definitely reaches back in time. I resolved this particular problem by rebuilding the Desktop File for my hard drive. The Desktop File is a mysterious, shadowy database that Mac OS maintains in the root of each hard drive, listing all the files on the hard drive, their icons and other metadata about them.

Hoping that perhaps something about Drag and Drop might be impacted by incorrect information in the Desktop File, I tried rebuilding the file. This can be done by holding down the Command and Option keys while you reboot. Eventually Mac OS will greet you with a question about whether you really want to rebuild the desktop file.

Agree to do so, and off it goes. Shortly thereafter (a minute or so on my machine) it completes and the boot also completes normally.

With the rebuild of the Desktop File safely behind me, I retried drag and drop. Success! All the programs that wouldn’t accept drag and drop properly prior to the rebuild now behaved as their designers intended.

So, when Drag won’t Drop, rebuild your desktop!